Report on the Sea and Inland Fisheries of Ireland for 1905. Part II - Scientific Investigations 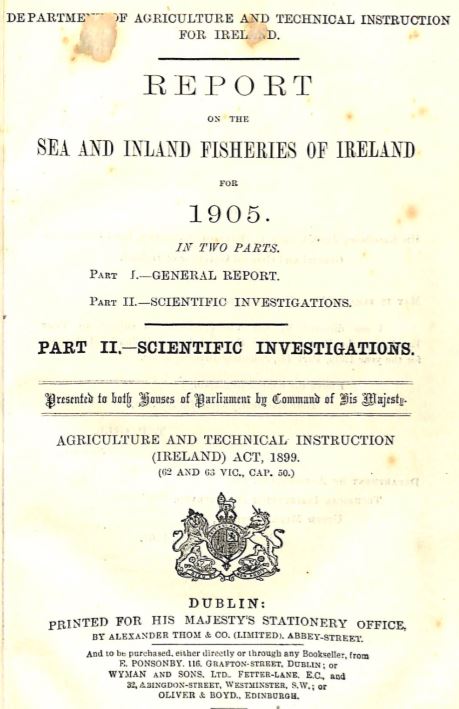 Department of Agriculture and Technical Instruction for Ireland (1905). Report on the Sea and Inland Fisheries of Ireland for 1905, Part II - Scientific Investigations. Dublin: The Stationery Office.